An invasion of alleged criminals, gang members and “Middle Easterners” was set to spill over the  US southern border and create mass chaos in the United States. Mass fear-mongering proliferated by the GOP as the elections approached, calling for increased security against the unruly mob of refugees approaching our verdant country in order to ignite a robust RED Wave. However, the story of the women and children fleeing violence and economic hardships is overlooked in the broader group. 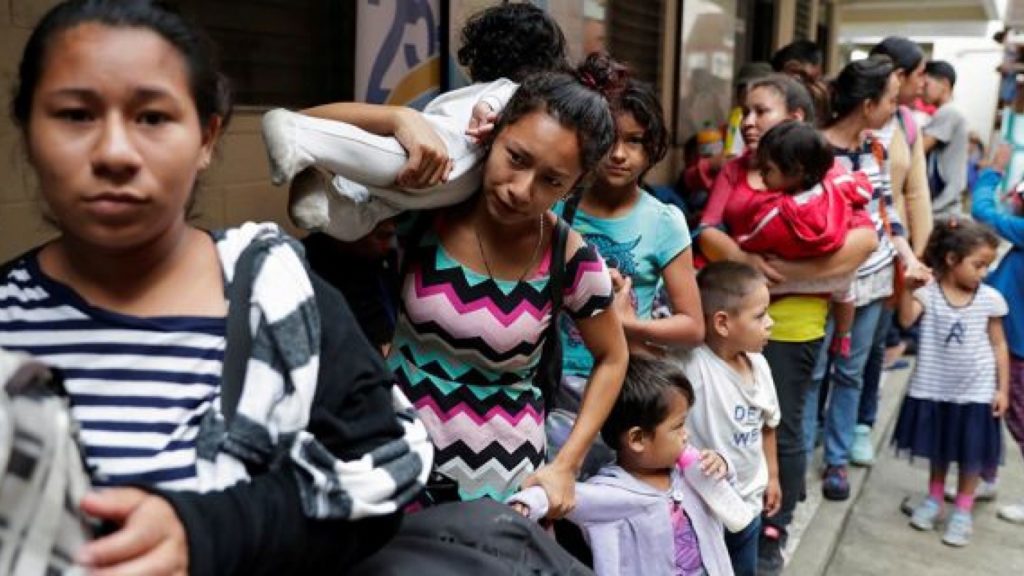 The Administration and media labeled a caravan of Central American economic refugees with a list of unsavory titles in order to rally support for the approaching elections. The Commander and Chief ordered troops to the southern border with the express purpose of defending against the oncoming horde. However, that gaggle of migrants hundreds of miles away on the southern border of Mexico. In fact, almost a month after initial deployment and those troops have yet to see any engagement and it is unlikely that they will due to the legal status that prevents them from arresting migrants. This caravan of poor families and workers seeking to improve their conditions has proven to be little threat to national security. The danger these women face staying in the countries they have fled is great enough for these women to sacrifice everything, despite the hostile disposition they have received from the United States.

The entire debacle continues to grow now the elections have passed. Around 800 of the refugees are currently in shelters in Tijuana, where they are not popular among the local population. Migrant shelters are their capacity and the main body of the caravan approaches as it makes its way through the Mexican state of Sonora. The women and children in these shelters have already faced extreme hardships to reach this point. Now, the United States President has issued an executive order denying the right of these families to apply for asylum. Having crossed an entire county to escape violence and seek safety, this decree comes as disheartening to those who have uprooted their entire lives.

United States District Judge Jon Tigar of San Francisco ruled the administration’s policy that denies the right to asylum for these families is in direct conflict with the 1965 Immigration and Nationality Act. Under this law, migrants may seek protection even if they enter the country outside of a legal port of entry. The future of this block is uncertain as the case will be reviewed in December. The threat to these migrant women is great as some they are prime targets to be trafficked after they are denied asylum.  The treatment of those seeking asylum who have fled Honduras, Guatemala, and El Salvador as a single blanket group is a grave mistake with consequences for these vulnerable women and children. Rather than placing a flat ban, they should be considered as families and individuals. If the administration has family values, then it will value families.

This past week end many Hondurans and Central Americans shuddered when they found out the US authorities shut the border down at San Ysidro, one of the busiest border crossings. Tear gas was fired into Mexico at the Central American migrants approaching the border. The Administration has promised that this group of refugees would not easily enter the country.

The crowds have succumbed to panic as the refugees fear they will not be able to enter on US soil and apply for asylum.  In the meantime, the US is tying to negotiate with an incoming Mexican president. The US is fueled by its xenophobic tendencies.  Yet women and children are fleeing for safety and risk life.

We shall see what will become of these new members of society, whether they stay in Mexico or enter the United States, they face uncertainty.

It Takes a Woman