Madame Vice President – Kamala Harris Makes History – What it Means for Women in Politics, A Salute to Kamala

Kamala Harris Makes History as First Woman Vice President of the United States, What it Means for Women in Politics 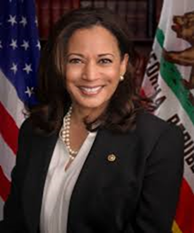 On Tuesday November 3, 2020 Joseph Biden became President-Elect and Kamala Devi Harris, Vice President-Elect of the United States. Biden and Harris sailed to victory.  Harris’s significant success marked breaking one of the highest “Glass Ceilings” on the Centennial of the 19th Amendment giving women the right to vote. This is an extraordinary fete as Biden and Harris won the 2021 election over the most repressive misogynist incumbent President in modern history.

On January 20, 2021 Kamala will be sworn into office and for the first time, the ceremony will be reflecting the true gender and racial diversity of the United States.  This is a history making day as it affirms that the United States is a tapestry of gender, race, and culture.  Kamala is the living embodiment of America’s gender, ethnic, racial, and religious diversity. As Vice President she turns the page on the popular notion that the summit of leadership is exclusively reserved for Caucasian maleness. Biden and Harris will create the most diverse cabinet in U.S. History representing gender, racial, ethnic and LGBTQ representation in the U.S.  Biden’s first 100 days claim to fulfill the campaign promises which significantly address the needs of the diverse underserved United States including a new coronavirus bailout package, economic relief, immigration, etc. There will be a national mask mandate and increasing the doses of COVID vaccine available for people to be able to be inoculated. These are of extreme importance as people of color are more impacted by COVID.

Kamala Devi Harris, was born October 20, 1964, in Oakland, California. Her father, from Jamaica, taught economics at Stanford, while her mother, an Indian emigré, was a biologist specializing in breast cancer research. Growing up in “The Flatlands” area of west Berkley, Harris was “bussed” to Thousand Oaks Elementary school, as part of Berkley’s desegregation program. As a youth Harris attended both an African American church as well as the nearby Hindu Temple, and this multi-ethnic, multi-faith aspect of her background is an important part of her political persona. Harris has spoken of how influential the progressive views of her maternal grandfather, P V Gopalan (a career civil servant in India and Zambia) were in her formative years.

Harris attended the, historically black, Howard University in Washington DC, chairing the Economics Society and interning in the mailroom of California Senator Alan Cranston. She graduated in 1986, before returning to her native California for law-school.

In 1990 she was hired as a Deputy DA in Alameda County. Since then, she has become a breakout star in the democratic party, going from Assistant San Francisco DA to Vice-President in just nine years (via the California DA and Senate seat.) With this meteoric rise, it is reasonable to think that she might one day be the nation’s first female President. With an increasingly diverse House, Senate, and country, it is tempting to think that this future is getting more likely rather than less.

Harris’ as Vice President represents the walking of a fine line for the Biden administration. On one hand she plays well with the progressive side of the party, because of her personal background and life experiences, at the same time, her history as “California’s Top Prosecutor”.

Political success in America is traditionally about coalition building around the middle, and so Harris is expected to “coalesce” with the progressive wing of the Democratic party. Those on the left, who have been protesting the very visible and worrying instances of police brutality feel alienated, but she was able to flip her “law-and-order” image to a sympathetic listener and an advocate for social justice. The far left is not the mainstream, however Harris and Biden gambled, successfully, on the fact that they could pull centrist conservatives away from the Right and that progressives would vote for them because of their more progressively moderate ways of thinking. Their strategy paid off.

On Inauguration Day  2021 Biden and Harris face the challenge of reuniting and healing a country that historians say is the most divided since the American Civil War. It will take years of political finesse to purge someone as polarizing as Trump from the American memory. The aftermath of the Trump era is likened to a type of Cold War. As we have seen before, “It Takes a Woman” to be able to bring people together.  Harris is that woman, and we know that as Vice President she will be successful in the reunification of our country.

We stand at a moment of optimism for women in politics. First, there are more women in the highest levels of government.  In 2021 this country will welcome 118 women in the House and 26 in the Senate. There are 52 women of color in the 117th Congress. This compares to 2018 in which 110 women were elected to the House and 23 in Senate. This is representative of a massive increase in female participation, from local government all the way, to the very top. Women are now a demographic that candidates cannot afford not to speak to. If this trend continues a moderate democratic candidate with law-and-order credentials will prove that she has what it takes to become the first female President.

Kamala Harris inspires confidence in women. She is a beacon for women of color, as she is the First female Vice President of the United States. She is about strength, ambition, and leadership.  She will initiate the country’s new spiritual direction which will summon a nation to do the work of history and reflects the “strength of our democracy”.   Congratulations Kamala on your excellence.

Women and the War For Independence