Speaking Out To #StopTheBans in West Hollywood

On May 21, Dr. Carmen Schaye spoke at the City of West Hollywood’s National Day of Action to #StopTheBans and to Support Reproductive Freedom and a Woman’s Right to Choose. Speaking in her capacity, as National Vice President of Diversity of the National Women’s Political Caucus, Dr. Schaye spoke along with Women’s March Foundation and other impassioned other community leaders to protest recent legislation in states like Georgia and Alabama that severely limits access to abortion. 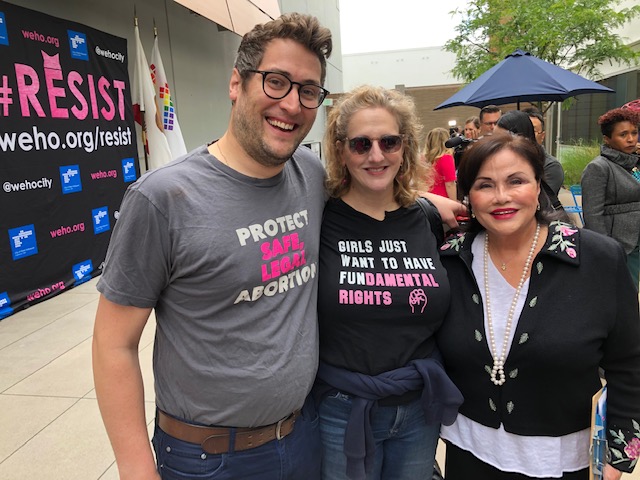 The city of West Hollywood is America’s first pro-choice city, having declared itself such in 1993. It has supported state and federal legislation protecting and advancing women’s reproductive rights, access to healthcare, and funds for preventative health care services. Last week’s event pushed the City even further into the activist cause, as they became the first city to impose financial sanctions against states with retrograde abortion legislation on the books. City officials voted unanimously to pass a resolution that suspended official travel to Georgia.

Lindsey Horvath, the city’s Mayor Pro Tempore, also spoke at the rally. “We will not conduct the city’s business in places that do not honor, respect and protect a woman’s right to choose,” she said. “We will not spend taxpayer dollars on goods, services or travel in or from any state that undermines women’s health, dignity and privacy, and we denounce any and all efforts to endanger the lives of women and girls who cannot survive a pregnancy physically, spiritually, emotionally, financially.”

The War on a Woman’s Right to Choose

Is the United States Hostile Territory For Women?